Getting more endorsements on LinkedIn for skills — applicable both to yourself and the types of job you seek — is an important aspect of any modern career development.
THE TABOO IS GONE:

It used to mean that if someone was active on LinkedIn = they’re looking for a job. Times have changed. Now, it is accepted that people use LinkedIn… actually it’s expected.

WHY PEOPLE USE LINKEDIN:

Personally, I invest an equal amount of effort adding contacts that could potentially help me or with whom I someday may want to recruit for myself. I also help connect others to their destinations, when I can.*

GET ENDORSED FOR YOUR SKILLS:

If you endorse “Joe” for a skill he has, the probability that Joe will endorse you for a skill increase exponentially.

When you do something nice to someone, they feel compelled to return the favor. This is especially true on LinkedIn, with the endorsement of skills, because to do so is extremely simple, easy, and not time-consuming.

Can You Meet Me Halfway?

Since it’s introduction, Google+ has created an entirely new means of communicating. It’s now possible for newbies to interact with leaders in the field.

It created the opportunity for an individual to “get their name out there” and actually contribute to topics that interest them. Personally, I’ve gone from a “nobody” to someone that actually knows what they’re talking about, simply by posting my thoughts and engaging in the comments of other people’s posts.

It still hasn’t fully evolved to the point that it will soon, but we’re making progress. Eventually, this organic networking will replace traditional methods of sourcing and recruiting.

“Today Google+ is announcing its first major new product, Communities, which lets users create groups, organize, and communicate around their interests. It’s a clear effort to define Google+ against competitors like Facebook and Twitter.

It’s not about organizing around friends and family or following your interests in real-time. It’s an online hub where people, both friends and strangers, can congregate around topics of interest, post their own thoughts, and chat in real time with Google+ Hangouts.”

With the introduction of Communities, there will be an even greater shift in the direction to a more open, collaborative web. This also means a ripple effect out into the real world.

There will now be consistent homes for certain topics, providing a chance for anyone to make an impact, to learn, to have support, and to be noticed.

Of course, all of these functions have been available for years, in one form or another. Communities is really nothing more than a forum. What makes this so relevant, is its tight integration to the social network.

Facebook and LinkedIn have had Groups for some time now, which is essentially the same concept. The nature of Google+ vs these other networks, however, means that it will have a much larger impact on society.

Facebook is all about sharing with the people you already know, such as close friends and family. LinkedIn is about professional networking and job searching.

Google+, however, is about being who you are, following and discussing passions and interests, and meeting people who share those interests with you. The interest or passion might be a favorite TV show, a topic, or a profession.

Google+ is about everything that matters to you and then being able to teach, learn, and share that with similar people from around the world.

It is the future of society, where lines start vanishing between the things that they now separate:

I’m looking forward to the complete roll-out and all the possibilities created by it. I already have a growing list of ways I’d like to use it… 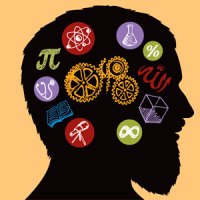 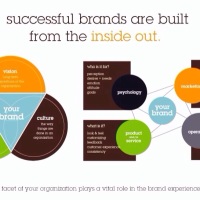 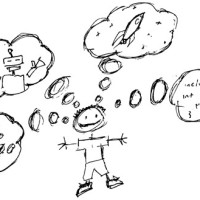