I have a few recommendations of how to make Google+ a much richer experience and completely dominate the future of the web. These recommendations are based on both my own personal experience using the network and observation of others using it. 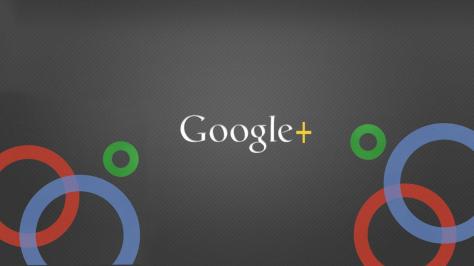 These are trends that have occurred more often in recent months, but have developed since after the first six months of the social network’s opening. I expect some of it, since it is no longer the “hot, new, social network,” but I also have some possible explanations and suggestions that could improve the quality of Google+.

I get a lot more people adding me to their circles, lately. I assume this to be because the more circles you are in, the more likely you are to be suggested to be added to a circle.

I receive much less engagement on my posts than from the “early days” of Google+, and it has been on the decline in the past few months. I attribute this to a number of things:

The Dynamic of Google+ Has Changed:

There is less discussion going on in the comments (an aspect that made me fall in love with Google+ in the first place), and there has been a shift to quick posts with GIFs, Memes, and Links posted. I notice that when I post more original content, and not just a simple re-share of something I’ve found somewhere else on the net, I’m more likely to get engagement on it.

I look at it like: why discuss something that is just a simple picture, meme, or re-shared article?

I also notice that people have more interest in my original content, because it is discussing topics not over-filling the rest of the web. When I stick to focusing on and talking about what I know best (futurism, psychology, creativity, giftedness, and personality types), I am much more likely to get engagement than when I post about more generic topics (tech news, gadgets, memes, business news, etc.),

Although a well-timed funny picture will still acquire a few Plus1’s.

Moving Forward: Making Google+ the Best it Can Be – The Best Social Network

I believe that the prime differentiating factor of Google+ is in discovering content that you want to see. I see this as a backdoor to adding people to circles… after you see content from someone who you enjoy, or you have a pleasant interaction with them in the comments, THEN you add them to circles. Therefore I believe that the main stream of Google+ should show content from people not in your circles, as well.

I provided a suggested algorithm a few posts ago under the hash-tag #GooglePlusFeatureRequest  (I’ll post the picture on this at the bottom of the article).

While I do think “social connection” should be taken in consideration when displaying new posts, I believe that “suggested content based on shared interests and similar plus 1’s” to take a priority to this.

I also believe that there should be an “interests” tab on a users profile, which allows them to select from a long list of topics of posts that they are interested in seeing in the stream. There could also be a second column for “things I post about” to further refine and make the interest graph more accurate.

For example: A person might love seeing posts about science, but they only post memes. Having a two column system would allow for a column for “things I want to see” and “things I actually post.” Plus 1’s are a way that Google develops the interest graph, but I think that having this “interests” tab would be a way to jumpstart and more accurately define the content users want to see.

One of the main lacking features of Google+ is the learning curve for new users. A lot of us have been here since day 1, so we don’t see this as an issue. However, take a moment and put yourself in the shoes of a user who is just signing up for Google+ for the first time. They have to search out users, which they may not even know how to do, to get any content in their feed. With an “interests” tab set up in place, it would allow new users to immediately become immersed in all that Google+ potentially has to offer.

Content that a user wants to see = Top Priority

Connecting with like-minded users = Second Priority that happens organically by engaging on the content you like with other users. You meet the other users in a natural “real-life” way, by “clicking” in the discussions of topics that you both enjoy.

I know that some power users are against the idea of Google using so much “secret sauce” in order for the product to work, and viewing the stream in this way could be “opt-out.”

Simply put, I want a stream that is not “What’s Hot” (based on popularity), but a stream for “What’s Hot for You” (based on personalizing the interest tabs, shared plus 1’s, and social connection — in that order).

This will do more to open global communication by keeping users on the site longer providing a better overall experience. When users are on the site longer, they will be more likely to come in contact with users that they get along with, and they can THEN add them to their circles.

The Future of ADHD:

from dealing with a deficit to having an advantage.

What it means to have a deficit

a lack or shortage.

A friend of mine on Google+, Peggy Dulane, is an expert on ADHD. Having quite a bit of ADHD myself, I love hearing her advice and reading her articles about the topic.

She did not write an article about ADHD.

She simply asked a question…

“Does anyone out there have questions or need advice for dealing with ADHD?”

(especially if you are still attending high school or college)

Being an adult with ADHD is extremely difficult.

It impacts every aspect of life.

ADHD can and will dramatically affect friendships, relationships, and your job (typically in a negative way).

This question captured my attention…

My attention completely sparked (at least for that instant) resulted in intense brainstorming and analysis of ADHD.

I looked at how the situation was before, how it is now, and took into account how society continues to evolve with new technology, culture, and behavior.

Current Methods for Dealing with ADHD

It’s very difficult to change the nature, habits, or behavior of an individual with ADHD, however there are a variety of options available, each with a different amount of success, depending on the individual. 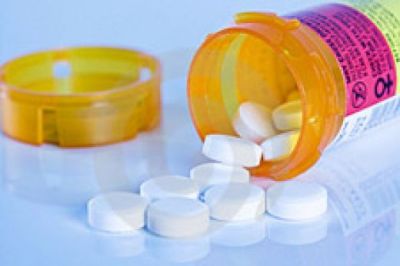 There are scientists actively researching the topic.

They help you to improve yourself and to adapt to normal society and be successful.

A cure for my ADHD…

At the same time, why should I change who I am?

To conform and be accepted by today’s expectation of a correct worker?

To appear as an upstanding citizen?

To fit in socially?

To have a massive following of people that worship me?

ADHD in the Future

We have technology that simplifies our workflow, and is complimentary to the strengths and weaknesses of individuals with ADHD.

We have more innovative workplace cultures, allowing us to play around on games, listen to music, all while we’re getting the job done.

It’s much easier to have a short attention span in a world where almost anything we want is available immediately. This is creating a new breed of ADHD based types:

Since we have racing thoughts and short attention spans, today’s technology allows us to self-teach about pretty much any topic imaginable.

Sure, my short attention span means I’ll never be the “mega-expert” in any field, but my unbelievable amount of broad knowledge, make me a force to be reckoned with.

We like going from one thing to the next quickly.

This makes us the masters of this next era.

ADHD is no longer a deficit, it’s an advantage.