This strategy will absolutely increase user engagement for your social media profile. People today have the attention span of a squirrel, and will pass over anything that does not immediately catch their eye. That’s why it has to be visual. Text is boring and takes time to see what the main topic is. People literally will not spend 10 seconds on reading a bit of text and deducing if it is a topic that interests them. It has to be instantaneous, big, and bold.

People enjoy laughing. It feels good. It releases endorphins in your brain, giving you pleasure. So, you have to make them laugh. Otherwise, they’ll continue to seek pleasure from another source. We are animals. We like feeling good.

For example: hardly anybody will read this post, but if I had posted a stupid GIF or meme, it would have tons of hits. Why did I even take the time to write this? That remains a mystery… Modern marketing is radically different, due to technological advancements and reduced attention spans.

It’s like the old saying “don’t judge a book by its cover.” In today’s world, the book and the cover are one and the same.

AKA Stop Being a Pussy and Be Innovative

Rumors say that the new iPhone 5S will have a new super HD camera/screen, a better battery, NFC, and “possible updates include an IGZO screen for Retina+ 128GB storage.” It could sport a 4.3-inch screen and feature a slo-mo camera and faster processor. It may also come in 6-8 colors, similar to the iPod Touch, and will be thinner and lighter than its previous version and fingerprint reader technology. It may also have a price of $199, just like the current iPhone 5, and have possible release dates of August, September, or October.

The iPhone 6 may have a 12-megapixel sensor, up from the 8-megapixel version of the iPhone 5. It could be waterproof with a 4.8-inch Retina+ HD display with a 3D camera and fingerprint reader. In terms of storage, the next-generation smartphone will come with 128GB instead of the current 64GB. Also, the iPhone 6 may have an indoor mapping feature, NFC integrating with Passbook App for storing store cards, tickets and coupons integrating with NFC. It will have a smart bezel and may have a quad-core Apple A7, using ARM Cortex A15-based cores, or update A6. The iPhone 6 also may have iOS 7 and be made out of plastic and cheaper, with a release date of June 2014.

For Apple, no more of this “S” crap to test out new technology.

Make your products groundbreaking, push the limits, and do it each and every year. Give Google some competition to actually work with.

Since Steve Job‘s death, the lack of innovation at Apple has been unacceptable. Sure, he may not be around to “push for things” anymore, but his cultural influence should have left a mark for Apple to do the same things without him. In my opinion Apple is being pussies and is no longer the innovative, “Think Different” company they once were.

Google is close to becoming this type of company, but they need to fully embrace their GoogleX tech and lead with that, instead of minor updates to their existing products.

People resist change. People don’t understand how the future is going to be. They need to be lead, taught, and shown how things will be.
Like a magician, Google (Apple used to do this) needs to show users what’s in store for their future. Get them excited about the change. Get them ready for the innovations ahead. Push yourself to be more groundbreaking and rely less on playing it safe.

Google, you did this pretty well with +Project Glass , but the advertising should have been stronger and more conceptually oriented. There should be commercials showing us the world of tomorrow. There should be commercials showing a world using Glass , Self-Driving Cars, and Embedded Systems to get us pumped up about what’s coming next, and to create a demand for it. This will allow you to dedicate more resources to developing the technology, since it will be a shared vision of the future with users, and not just the one you have in your head.

Google has quite possibly the most consistent, well-performing products in the world, and this helps them market themselves. But, Google still needs a “Steve Jobs” to be a showman and to get people excited about the future. Google should continue to run it’s bread and butter search operation, and continue to make improvements to the Android phones, but focus their advertising on Future products that will mystify and amaze people.

The word “Google” should become synonymous with the words “Future Technology / Amazing Culture,” no longer just the word you use to look stuff up with.

This is ultimately Google’s responsibility to present themselves in this manner. The future is almost here, and the ones quicker to accept this and take full advantage will be the future leaders.

Is Google doing everything they can to make this point known to the average user?

Is Project Glass and self-driving cars just something that geeks know about and think will be super awesome, or are there average consumers talking about this shit at the water cooler? 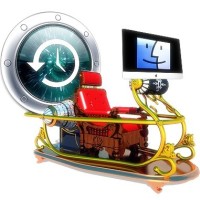